One Vision of Queen
Queen 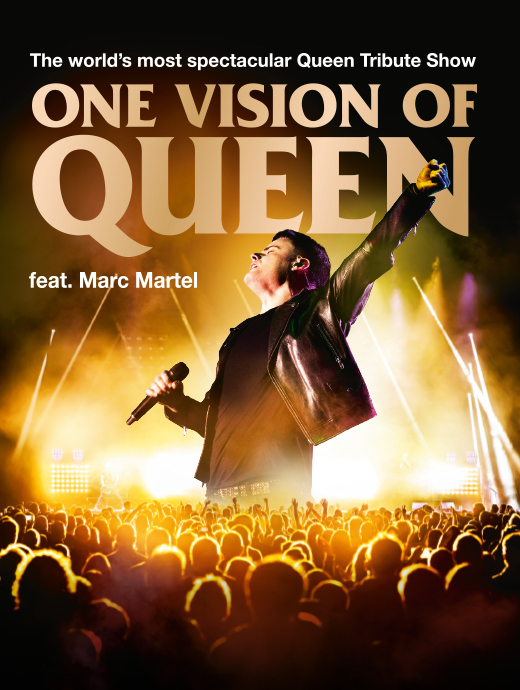 Few singers have shaped music history as much as Freddie Mercury did during his life. A natural baritone, he had an incredible ability to colour his voice across its range. Now Canadian rock singer Marc Martel is bringing the legend back to the stage.

Martel is widely considered the vocal reincarnation of Freddie Mercury. Even legendary Queen drummer Roger Taylor remarked to the Daily Record: “That voice. You listen, close your eyes and you think it’s Freddie. It’s really uncanny.”

This spectacular show celebrating the rebirth of a vocal legend – which needs none of the moustaches or yellow leather jackets of other Mercury tribute acts – is sure to wow fans of all ages.

Martel is the ideal match for One Vision Of Queen, an explosive, attention-commanding tribute where some of the most iconic rock anthems of all time collide with a theatrical performance style and eye-popping production. At its core, the riveting show focuses on the extremely diverse body of the band’s greatest hits, from the grandiose “Bohemian Rhapsody” to the adrenaline-pumping “We Will Rock You,” the euphoric “We Are The Champions,” the funky “Another One Bites The Dust,” the stadium-shaking David Bowie collaboration “Under Pressure,” the soulful “Somebody To Love” and the swinging “Crazy Little Thing Called Love” (to name but a few from the steroid-stacked set list).